Around one month ago, on 21 September everything looked very rosy: the SP500 CFD hit a new all time high (September is considered to be the worst month of the year in terms of performance) and dodged this bullet, and it seemed as if it was only a question of time until the SP500 CFD would hit its next milestone at 3,000 points. Since that day, the SP500 CFD has lost 9.7% and is currently trading at its lowest levels since May 2018.

What is interesting is that more and more economists, analysts and asset managers have given interviews, predicting a big crash to come, speculating that there will be a 70% crash in US equities ahead of us. And there are many valid points made: the current fundamental situation is very tense, not only due to the fears of an escalating trade war between the US and China. There is also the question of what will happen after the ECB ends their QE program in December 2018, especially if the FED keeps up their current pace in regards to hiking rates, with a minimum of three more hikes of 25 basis points to come in 2019: 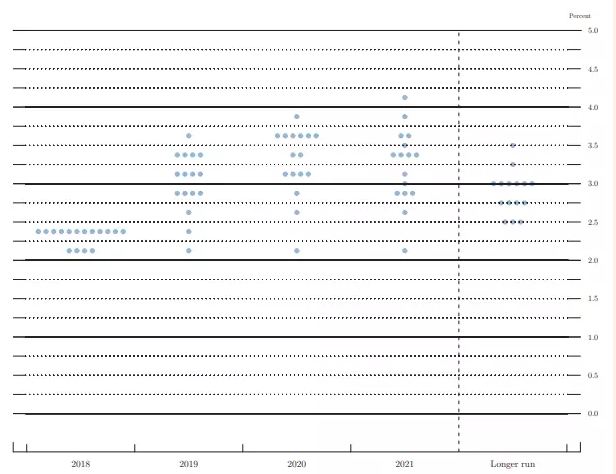 The speculation around the ECB goes directly over into the current tensions between Brussels and Rome, with the populistic Italian government aiming for a budget deficit in 2019 for 2.4% of GDP, over-shooting the accepted EU rule of only 2% of GDP, leaving the Eurozone vulnerable to a new wave of break up speculations. Then, there are the BREXIT negotiations and rising geopolitical tensions between the US and Russia, in regards to a withdrawal from the INF Treaty that President Donald Trump brought up over the last weekend. When looking at the daily chart in the SP500 CFD, one can also spot that on Wednesday a crucial region from a technical standpoint of around 2,700 points was broken, pushing the SP500 CFD finally and significantly below its SMA – Simple Moving Average (200), which indicates a break of the overall bullish trend.

If you combine the fundamental and the technical picture, it is understandable that many market participants fear a potential crash. This is especially true when looking at the following: thanks to the cheap liquidity which global central banks have provided since 2008, there was a massive rise in margin debt at the NYSE, and all over the world in general, which climbed to the highest levels ever – even higher than the new economy bubble in 2000, and higher than the margin debt before the financial crisis in 2008: 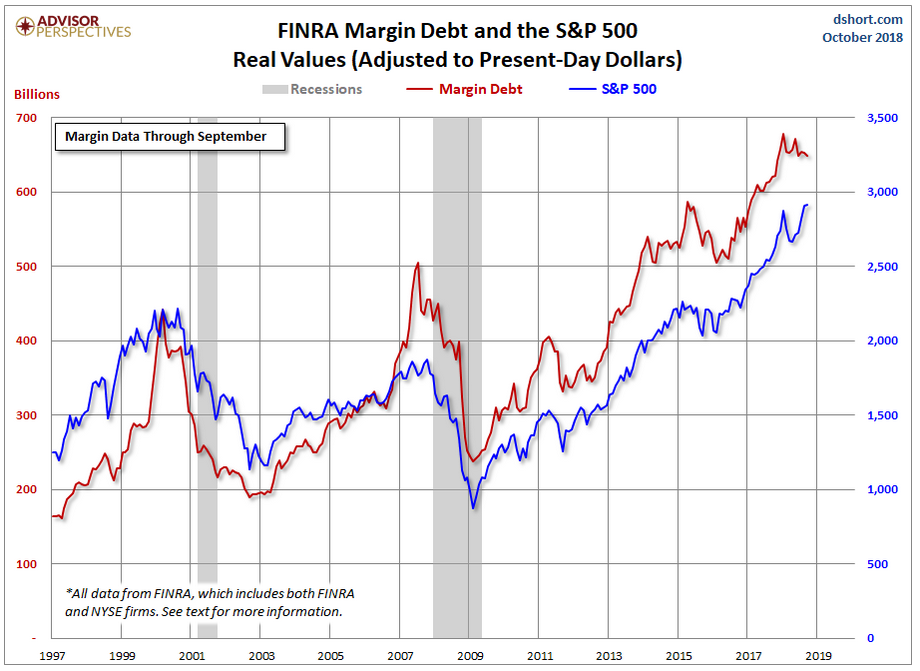 A market environment which is that aggressively leveraged, thanks to central bank intervention in combination with low volatility, sometimes only needs one simple trigger and the house of cards falls apart. Chances are high that in the upcoming months, and the year 2019 in general will be really rough, and we probably haven’t seen the bottom yet, at least chances are high that we get to see a short-term bounce.

Therefore, let’s look at the facts: 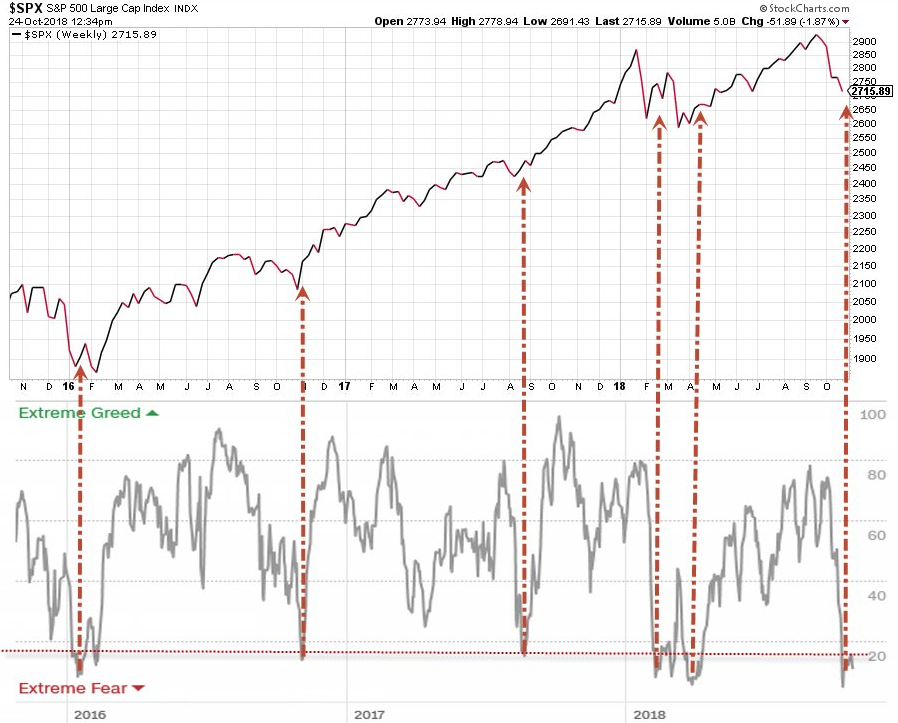 After the drop below the SMA (200) on a daily chart, the SP500 CFD has broken its overall bullish trend, and bulls should be really careful with long engagements in general. Nevertheless, the mode seems a little extended on the downside with a “fear spike”, which could at least indicate that a short term bounce in the SP500 CFD is imminent.