​The Best Forex Currency Pairs to Trade for This Week 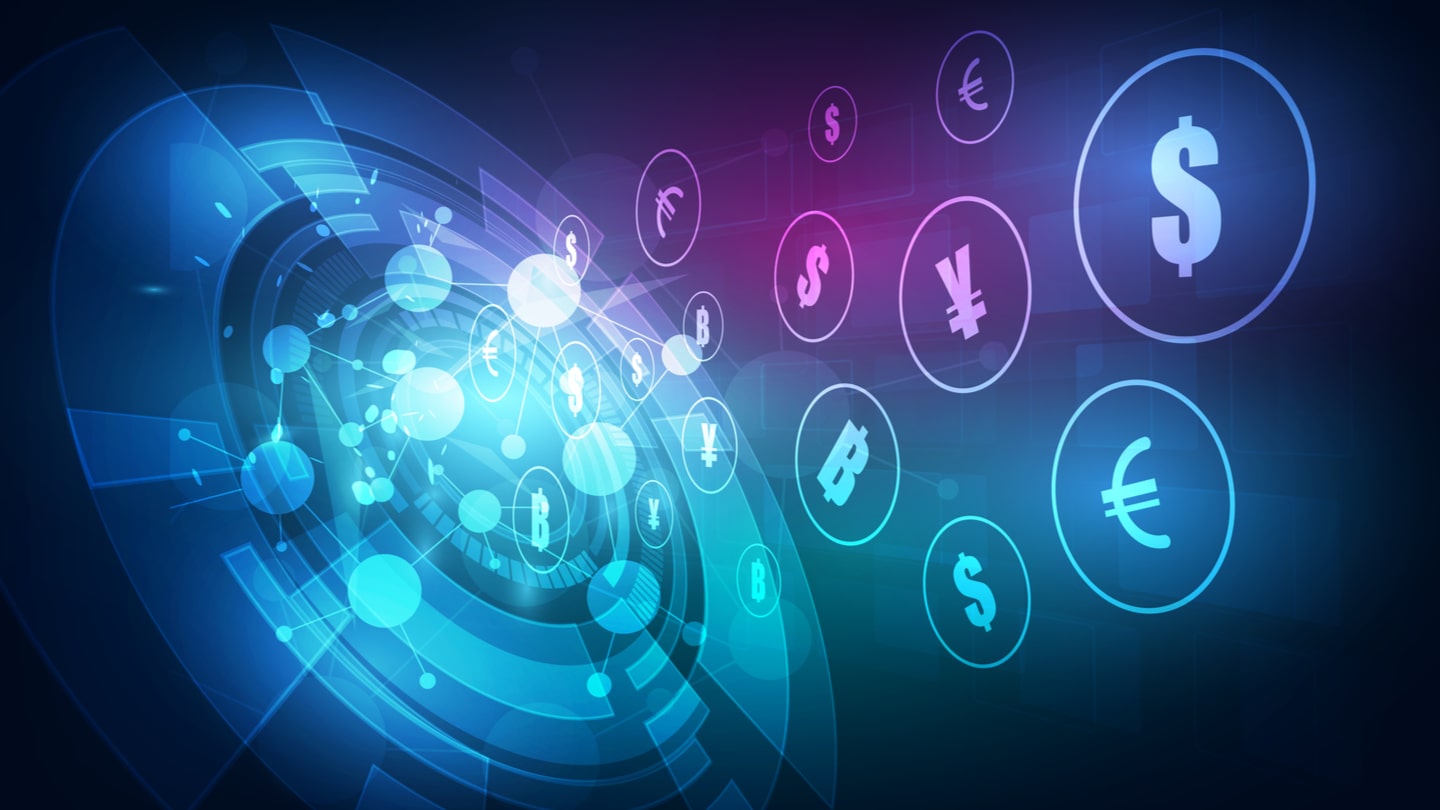 This week has been fully loaded with fundamentals, and we have had some very good movements on some Forex currency pairs. As always, the Forex Market is fully loaded with a great potential for making pips, and it’s up to you, as a trader, to use these opportunities and make profits. In the section below we will cover, the major movers this week, and the potential trading opportunities based on technical and fundamental alignment.

On September 10, EU negotiator Michel Bernard Barnier stated that securing a Brexit deal in 6-8 weeks was realistic. These were the major points from his speech, which may cause the GBP to bounce.

Both Barnier and Dominic Rennie Raab (a British Conservative Party politician who is Secretary of State for Exiting the European Union) have frequently mentioned that they want a deal in either October or November. Moreover, the Bank of England announced their 13 September monetary policy decision, here are some of the key figures:

These were the most important details from the statement:

The GBP trading has been an actual headline minefield. On September 6, this was predicted within our recent technical analysis, whereby the GBP/USD was bullish.

After such comments, the GBP/USD currency pair spiked for 97 pips, and traders who traded on the news could have made some nice pips by using this news trading strategy.

The USD/JPY currency pair has been enjoying some success in the markets recently, and besides the obvious bullish technical patterns spotted within the range, there was also a fundamental reasoning behind the recent bullish USD/JPY outbreak. The first reason is US Treasury Securities. The 12 Month Treasury is the equivalent of the Fed Cash rate due to its low level of risk, being a Government Bond. Last time, before the hike in the USD, the market was expecting it largely due to the correlation between treasuries and cash rates. For example, if Treasuries are 0.50% and current cash rate is 0.25% then the market expects the cash rate to move to 0.50% for the year.

According to the latest data, 2 Year Treasury has reached 2.5%-2.6% already, while the cash rate is 2%. This potentially means that the 50 bps is already locked in for more hikes within the next 12 months. It is a pretty flat yield curve, so this might only be another 50bps. Treasuries are almost a proxy for cash rates, so if a cash rate is below the 2 Year rate, expect the cash rate to move closer to the 2 Year rate within the 2 year period. Additionally, on September 13, the USD/JPY shook off the soft CPI report, and was focused on the equity in stocks. That was somewhat counterintuitive because stocks are partly rallying on low inflation (and low rates).

The latest speech from Governor Lael Brainard is starting to get more attention. Lael Brainard is a member of the U.S. Federal Reserve’s Board of Governors, where she serves as Chair of the Committees on Financial Stability, Federal Reserve Bank Affairs, Consumer and Community Affairs, Payments, Clearing, and Settlements. Another bullish signal was US president’s Trump tweet about China: “The Wall Street Journal has it wrong, we are under no pressure to make a deal with China, they are under pressure to make a deal with us. Our markets are surging, theirs are collapsing. We will soon be taking in Billions in Tariffs & making products at home. If we meet, we meet?” 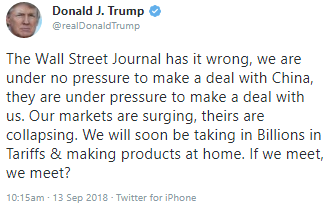 Donald Trump was referring to a WSJ news article published yesterday, wherein the Treasury secretary Steven Mnuchin had reached out with an intention to set up another meeting with China. This latest tweet seem to underscore that concern. What could have happened is that Trump might have planned to announce the tariffs this week (with a future implementation date) but that those plans were delayed by preparations for Hurricane Florence. Technically, all of this data suggested bullish setups on the USD/JPY currency pair.

As the Nikkei has a number of companies that export all over the world, it is positively correlated to XXX/JPY crosses, especially GBP/JPY and AUD/JPY; and this is because of their unhedged exporters. It is likely to raise the Company Earnings of Unhedged Japanese Exporters if the JPY becomes cheaper, as the Japanese exports become cheaper for foreign customers. This is also why over the past several decades, Japan’s Balance of Trade is positive, meaning its a ‘Net Exporter’.

BoJ’s large QE programme has had an adverse effect on Japan’s Debt /GDP ratio, which was near a whopping 250%, being by far the largest in the World. Given Japan has an ageing population, and the forecast for their population is that it is expected to shrink by 1/3, from 128m in 2010 to 87m by 2060, this will be problematic for future generations in Japan, who will be expected to work longer and retire later, as they have to finance a massive debt binge brought by the Governments and the BoJ (Bank Of Japan).

This will introduce downside risks in the future for the Nikkei, but may in fact cause problems with the JPY. With excessive money printing by the BoJ, this can cause a devaluation of the JPY, but if they start to experience bad loans, this may also destroy the money supply, and conversely strengthen its currency at the same time. Nevertheless, for traders buying the JP225 (Nikkei) and GBP/JPY, exploiting the Yen weakness was perhaps the best strategy to go with this week.

Using both the swing trading strategy and the naked trading approach, and adding on winning positions after a retracement trend line break, this was perhaps the best way to go this week. The same goes for the NIKKEI, whereby trading the BPC pattern to the upside could have yielded a lot of pips.