​Will Iranian Sanctions Push Oil To $200 A Barrel? 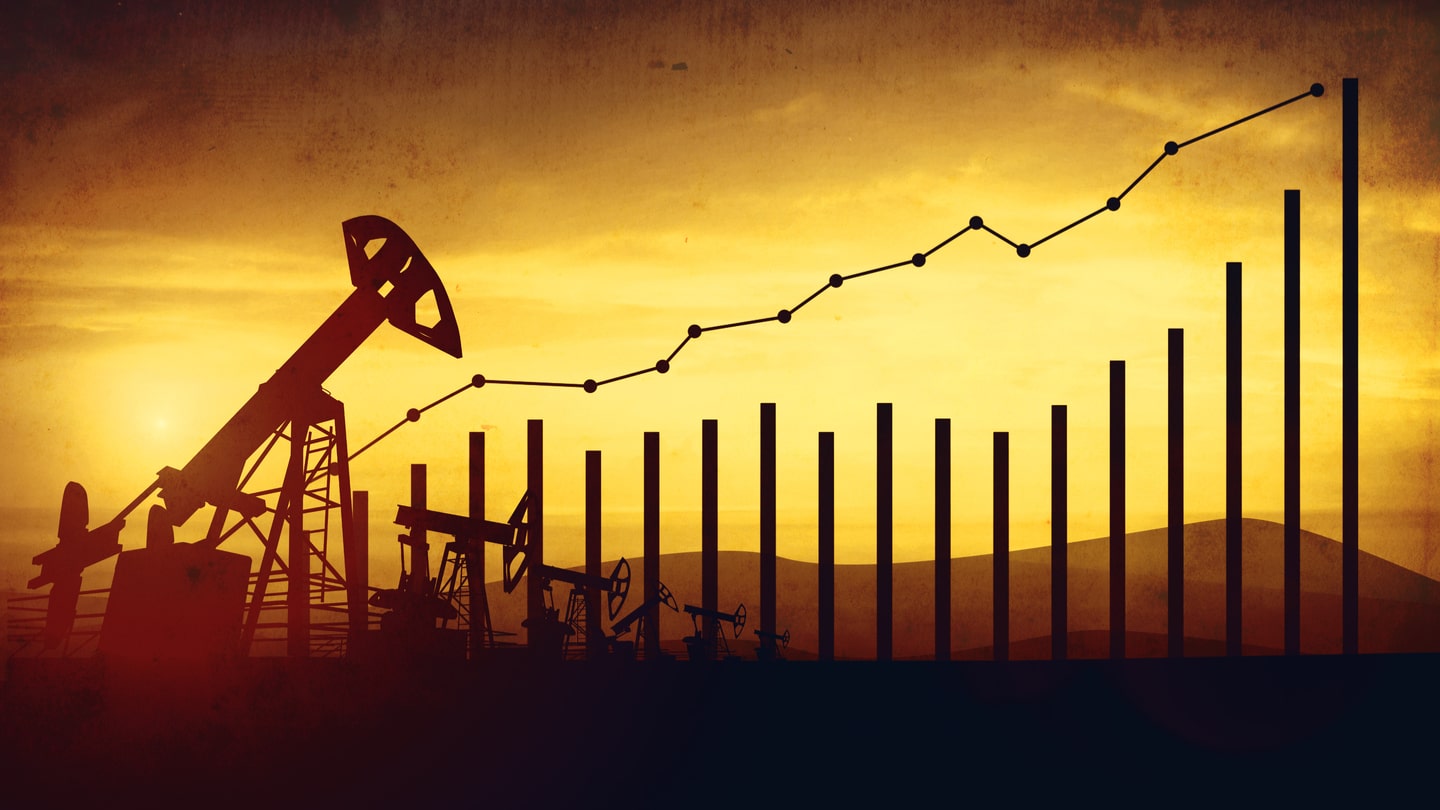 The oil market is a notoriously volatile one to trade due to the number of factors that influence its price. Supply, demand, geopolitics, war, sanctions, global growth are all at the top of the list. However, it seems like something maybe be brewing beneath the surface…

According to the US options market, the number of
open positions on $100 December 2019 WTI call options has risen by 30% at the beginning of October to a record 31,000 lots. A call option is a bullish bet on an instrument, meaning that these traders believe that WTI oil will hit $100 by December 2019. Meanwhile, Saudi Arabia-based Al Arabiya television’s Turki Aldakhil has even argued oil could hit $200.

Before we look at the reasons why and how to trade it on the chart, let’s look at the two different types of oil markets available to trade.

While there are many different types of oil out there, there are two main benchmarks the world follows, which are also tradable:

WTI oil is the main
benchmarkfor the amount of oil consumed in the United States. So why has a bullish bias appeared for WTI oil? Let’s take a look at the possible causes of the 30% increase in call option activity.

The Effect of Iranian Sanctions on Oil Prices

It was back in May that US President Donald Trump
announced he was going to withdraw the US from the nuclear agreement that the Obama administration, and five other countries, negotiated with Iran in 2015.

Now, the Trump administration have placed
sanctions on Iran’s energy industry by telling buyers to cut oil imports from the country by the 4 November 2018. And, according to some analysts there has been evidence to suggest that countries, like India and China, will not be buying Iranian oil from November.

With Iran’s
exports dropping to 2 million barrels per day (bpd) in September, from 2.8 million bpd in April, many are looking to OPEC, the Organization of the Petroleum Exporting Countries’ to fill the gap.

The following chart from Reuters shows the increase in the open interest of 2019 $100 WTI calls: 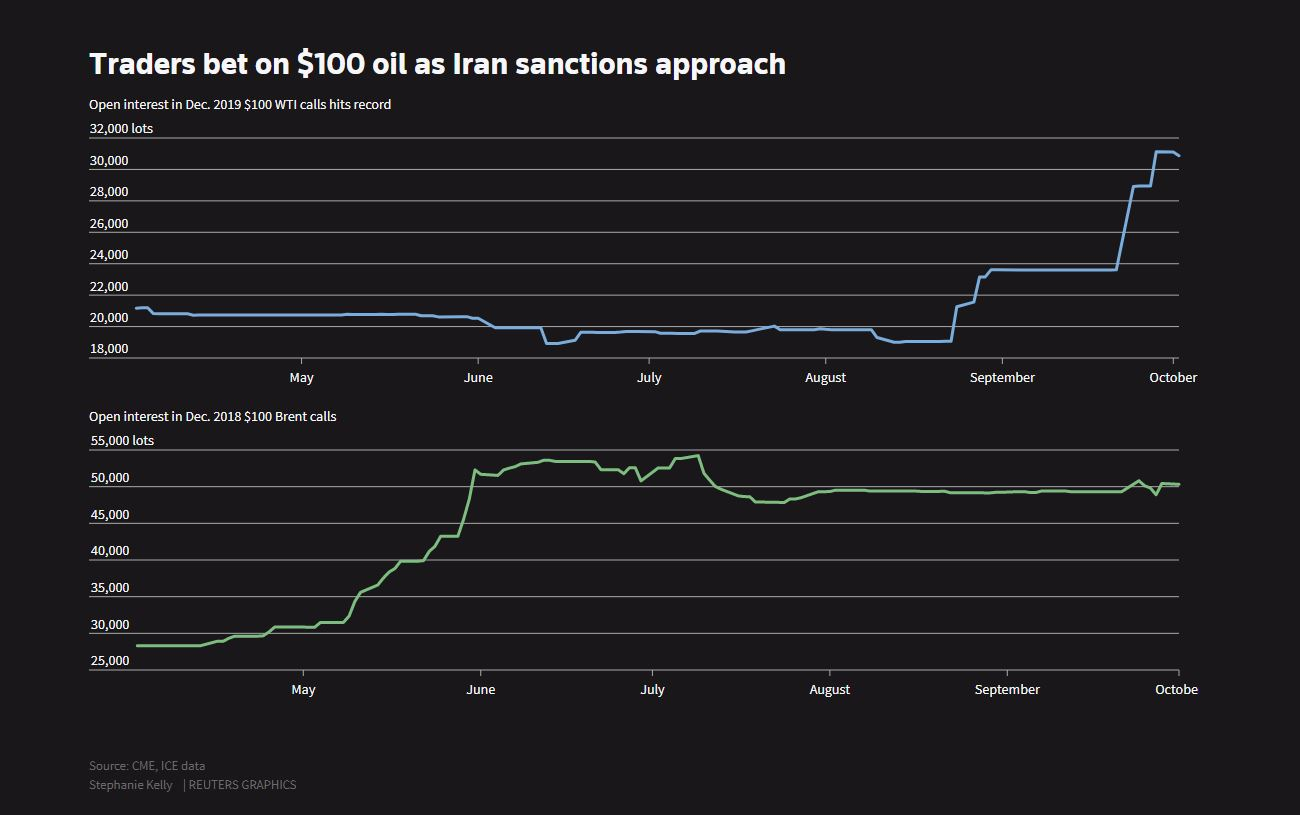 So how could traders try to take advantage of this bullish bias in oil prices? Let’s take a look at a chart of
WTI oil to find out.

In the chart above we can see that, over time, the price of
WTIhas been moving higher, albeit not in straight line. However, traders can use different indicators to help them find ‘mean’ points the market may pull back to after expanding away from its origin.

Of course, there are many indicators and
strategies that could be employed in a trending market condition as above. However, let’s just start with one of the most simplest form – a trend line.

On the chart of WTI above a trend line has been drawn connecting the troughs of the longer term trend. We could say this is the mean point. In other words, the point at which the market expands away from and then pulls back towards. In some instances, the market may not pull back to its mean as the trend accelerates at a faster pace. However, if it does pull back to the mean point, or the trend line, what could we do?

We can analyse
price action to look for possible signals of buyers coming into the market. In the last bounce off the trend line, on the 16 August 2018, the market actually put in a popular price action reversal signal called a pin bar. How could we trade off this? Let’s take a look.

A possible entry level could have been the high of the bar, with a stop loss at the low of the bar. In the example of the WTI pin bar, this would have resulted with an entry price at 65.71 and a stop loss at 64.66.