DAX30 CFD drops below 11,000 again – can the US work with China to save it from further losses? 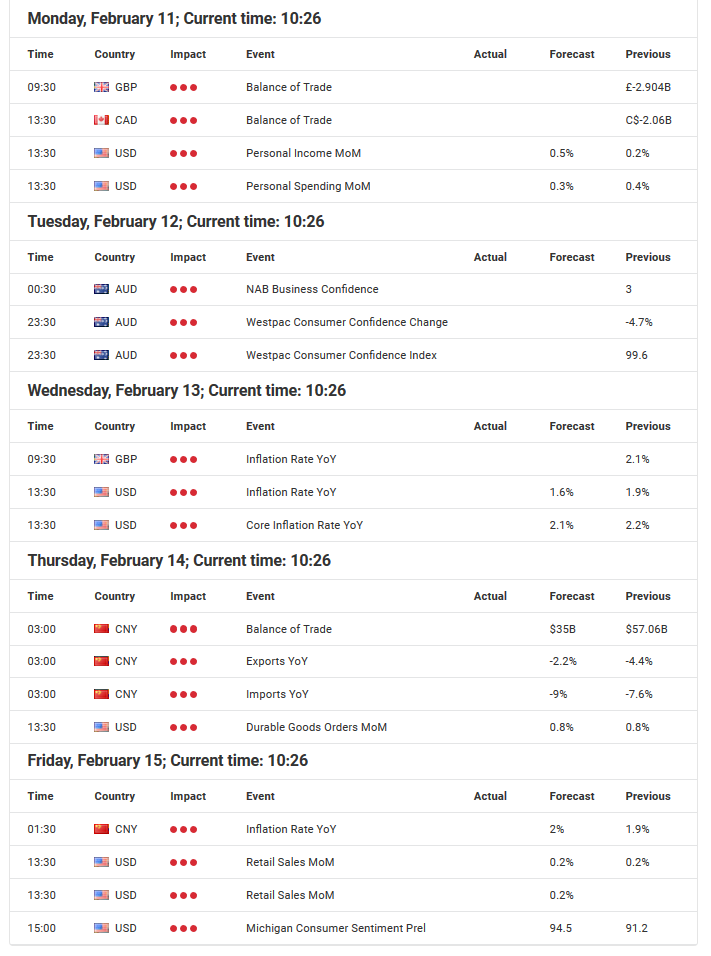 After the break above 11,320 points, the market seemed to be ripe for further gains in the DAX30 CFD, with expected December highs of around 11,550/600 points.

Instead, last Thursday saw a sharp drop which was the result of several factors, including the announcement that the European Commission slashed its growth forecasts for all the Euro zone’s major economies, from Germany to Italy, and warned that Brexit and the slowdown in China threaten to make the outlook even worse. Rather than sustaining the December highs, the region around the pragmatically relevant level of 11,000 became the expectation for market participants, with a break leading into the weekly close.

When looking at lower time frames, the break below 11,000 points “naturally” resulted in further losses, with a revised initial target around 10,800 and a new target of around 10,700 points.

With the bulls, the hope is that a weaker Euro will help stabilise the German index, but are also hopeful for positive impact given any signs of an agreement between the US and China in regards to their trade conflict. While we shouldn’t expect a deal being struck next week, speculation surrounding US president Trump and Chinese Prime Minister Xi’s meeting at the end of February could be already enough.

The US dollar surprised over the last week. Instead of another attempt to break below 95.00 points in the US dollar index future, the greenback stabilised, driven by the stabilisation of 10-year US Treasury notes. And thanks to weakness in the Euro, the USD index future pushed higher to a technically significant level.

If, in the upcoming days (and probably due to higher-than-anticipated inflation on Wednesday), the USD index future reconquers the level around 96.70, further gains are a serious option. Such a bullish outlook could find another catalyst if the US and China still show no sign of reaching an agreement in terms of trade, even though both sides seem to want to finalise an agreement before the deadline on March 1.

With that in mind, and with the recent dovish rhetoric of the FED, a push upwards with the USD would largely be driven by any weakness of USD counter-currencies, but puts a test of the region around 98.00 points on the table, no matter what.

Don’t forget to register for the weekly webinar “Admiral Markets’ Weekly Market Outlook” with Jens Klatt, every Friday at 12pm London time. It’s your opportunity to follow Jens as he explores the weekly market outlook in detail, so don’t miss out!

In our weekly market outlook last Monday, we wrote “[…]we stay very cautious around Long engagements in the Euro[…]”, mainly due to the bad economic data from Italy pointing to a recession in Q4/2018.

And we were right: while the US dollar stabilised over the last few days, despite the change in the FED’s rhetoric of increased flexibility in terms of balance sheet runoff, the Euro was consistently traded.

From a technical perspective, it looks very likely that another test of the region around 1.1200 is around the corner. This, particularly after the European Commission slashed its growth forecasts for all the euro region’s major economies, from Germany to Italy, and warned that Brexit and the slowdown in China threaten to make the outlook even worse.

That said, the main question for the upcoming days is whether or not the EUR/USD can stabilise above 1.1200. If so, the currency pair stays range-bound between 1.1200 and 1.1600.

Even though the economic calendar is quite thin for the Canadian dollar these days, the currency nevertheless became very interesting over the last week from a fundamental perspective.

First, the Ivey PMI (which measures the month-to-month variation in economic activity as indicated by a panel of purchasing managers from across Canada) disappointed with a print of 54.7 for January, down from 59.7 in the prior month, landing far from market expectations of 56.

Second, Deputy Governor of the BoC Timothy Lane pointed out in a speech titled “Taking Precautions: The Canadian Approach to Foreign Reserves Management“, that the BoC is closely monitoring the relatively recent use of CAD as foreign currency by other nations. Stating that past sharp CAD exchange rate movements have helped the Canadian economy to adjust to shocks, and the BoC is ready to intervene in markets if it is necessary.

This last quote in particular was taken as quite dovish in combination with the BoC statement in January, as a result, the USD/CAD took on serious momentum against the trend line in the daily chart as one can see below.

From a technical perspective, chances now seem high that USD/CAD goes for a test, possibly to reconquer 1.3370/3400 in the days to come. If a break back above that level succeeds, further gains up to 1.3670/3700 can be favoured.

In our weekly market outlook last Monday, we pointed out that with the FED becoming more flexible with their balance sheet runoff, the overall picture for Gold stays positive from a fundamental perspective.

But, we also mentioned that “[…] from a technical perspective, the mode on a daily time-frame seems a little extended,[…]” indicating that a short-term correction is likely.

That was exactly what we got to see over the last week of trading – even though our potential Long trigger around 1,295/299 was not hit, Gold traded as low as 1,302.70 USD/ounce.

In general, a re-test of the region around 1,295/299 USD/ounce stays an option, especially if US inflation data being published this coming Wednesday surprises on the upside. Nevertheless, the mode stays bullish above 1,275 USD. Due to the potential of a risk-off hitting the markets nearly every time, still no signs of a trade-deal between the US and China, and also the flexibility of the FED in terms of the balance sheet runoff, a test of the 2017/2018 highs around 1,360 remains an option.

Leveraged products (including contracts for difference) are speculative in nature and may result in losses or profit. Before you start trading, you should make sure that you understand all the risks.