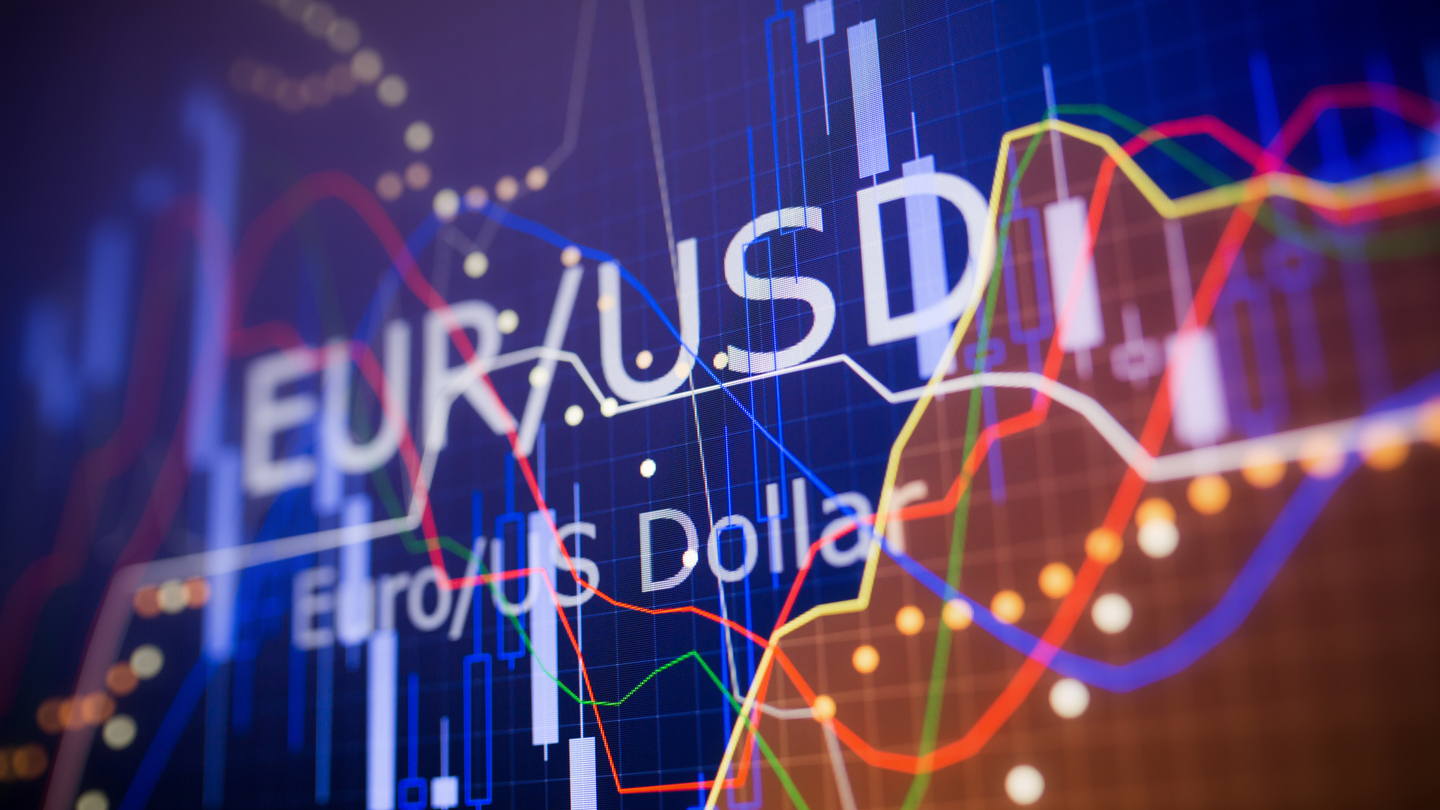 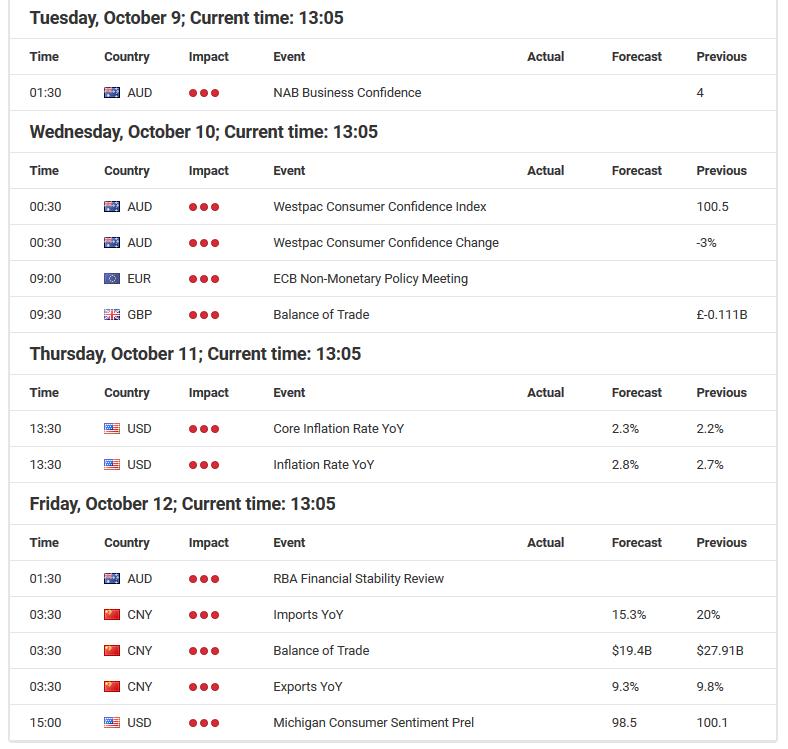 After a very weak close to the last week of September with tensions around Italy brewing, the DAX30 was initially capable of catching a bid and stabilize at around 12,300 points. On Friday, the picture darkened again, and DAX dropping further down to 12,000 points seem more than likely in the upcoming days.

From a fundamental perspective there are several potential drivers: even though the situation around Italy relaxed a little over the past few days, with Rome and Brussel agreeing on a budget deficit of 2.4% in 2019 and a subsequent step-by-step reduction of 2.2% in 2020 to 2.0% in 2021, the picture here stays cloudy.

With the ECB ending their QE in December, a potential trade war escalation with the US and Brexit negotiations moving forward, an economic downturn in the EU seems to be around the corner and is most likely to hit – Italy in particular – very hard over the next years. Saving during such a potential economic downturn wasn’t a good idea around five or six years ago in Greece and won’t be a good idea now in Italy, too.

On top of that, rising US yields started to push US equities lower into the weekly close, and as long as the bears can maintain the downside pressure, it is not only very likely that there will be a significant push below 12,000, but there’s also an increasing chance that we may see the first red close of the year in the DAX since 2011.

Make sure to check out Admiral Markets’ most competitive conditions on the DAX30 CFD and Dow Jones CFDs and start trading on the DAX30 CFD with a low 0.8 point spread offering during the main Xetra trading hours!

After the US Dollar made a very weak impression over the month of September with yields of 10-year T-Notes reaching the highest levels since 2011, the yield differential between the US and European, the UK and Japanese bonds widening while the Greenback couldn’t profit from it, the tide turned after the FED decision on 26 September.

Nevertheless, the push back above 95.00 in the USD Index Future wasn’t necessarily based on the USD strength but was rather a combination of the Euro pushing lower. The latter is mainly due to the tensions building around Italy and their budget deficit plans for 2019 as well as GBP falling back towards and below 1.3000 due to prolonged Brexit negotiations.

All in all the picture for the US Dollar looks promising for the next week(s) to come: since the USD Index Future could stabilize above 93.00 points, a push above 97.00 points to new yearly highs is still very likely and is also demonstrated by big speculators still holding on to their biggest net long positions since May 2017.

But market participants should always bear in mind that a stronger USD and a widening yield differential is something that is viewed with scepticism due to the US president Trump’s blunders, and a tweet or comment from him could result in sharper pullbacks in the buck any time.

Make sure to register for the weekly “Admiral Markets’ Weekly Market Outlook” webinar with Jens Klatt, every Friday at 12pm London time. It’s your opportunity to follow Jens as he explores the weekly market outlook in detail, so don’t miss out!

In Admiral Markets’ Weekly Outlook from last Monday, we drew a somewhat neutral picture for the Euro, especially against the US Dollar.

But over the past few days, the picture around the Euro has become less clear, with a significant push below 1.1500 to be very likely in the next few weeks of trading and the first potential target around the yearly lows around 1.1300.

While the ending of the ECB-QE in December is positive for the Euro overall, it wouldn’t come as a big surprise if big speculators began to anticipate a worsening situation around Italy and a bearish outlook for the Euro.

This is especially true since big speculators are still relatively net short in the Commitment of Traders Report and have to catch up a lot in terms of selling the Euro, especially with the US Dollar providing a very interesting alternative from a yield perspective:

GBP traders find themselves currently in a potentially difficult spot. While the overall outlook for the positively correlated Euro to GBP hint at a potentially weaker GBP, the technical picture in Pound Sterling against the US Dollar can still be considered positive – for the short term – at least as long as we trade above 1.2800 USD and especially after the quite strong weekly close above 1.3150:

On the other hand, the strong weekly close in GBP points to speculations rising that Brexit negotiations will take on momentum in the near future again.

With big speculators still holding on their biggest net short positions in GBP-CoT since May 2017, chances are high that with a positive development between the EU and United Kingdom around the Brexit negotiations a short squeeze could push GBP higher, despite a negative outlook for the Euro:

It is not the case that the technical picture in Gold dramatically changed over the last week of trading. The yellow metal still trades within a range between 1,185 and 1,215 USD.

But after the US equity markets showed signs of a potential short-term stop at the end of the last week of trading, while 10-year bond yields stabilized around their highest levels since 2011 and Gold closed the week above 1,200, bulls are probably beginning to watch the crucial level around 1,215 USD/ounce in the next days of trading again.

Usually, Gold and yields are negatively correlated to each other, but with rising yields pushing fears and volatility especially in the equity markets higher, Gold could form the following combination: if bond yields top out (at least short-term), risk off in the markets building and the beginning of an unwinding of the net short sentiment extreme in 10-year T-Note futures, Gold bulls could be in a very sweet spot, and the region around 1,215 USD/ounce could break significantly.

A first target after such a breakout can be found around 1,240 USD, while a break below 1,180 USD activates the first target of the bears around the yearly lows at 1,160 USD again: