How Will The New Cyber War Affect Markets? 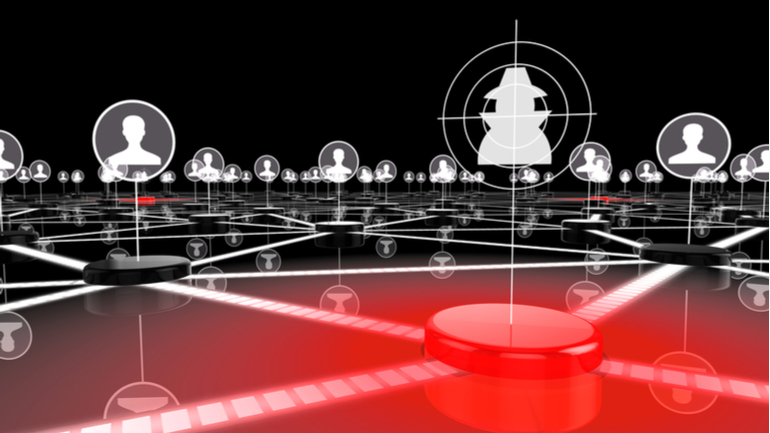 Financial news and media have been reporting on the ongoing trade tensions between the United States and China for quite some time. However, whilst things like trade tariffs are widely spoken about in the public domain, there is a hidden battle that has started to impact the US stock market – especially technology stocks.

A report by Bloomberg suggests that China has used tiny microchips to infiltrate US companies such as Apple and Amazon. According to the report, it all started with Amazon doing their due diligence for a highly secure cloud that Amazon Web Services (AWS) was building for the CIA.

After a third party ran some tests, they found a tiny microchip in the AWS server units that was not on the original motherboard’s design. The microchip was developed by San Jose tech company Super Micro Computer Inc, which is the world’s biggest supplier of server motherboards and is active in CIA drone operations and in the networks of US Navy warships.

The report suggests it was Chinese military spies that infiltrated the Super Micro Computers manufacturing centers in China, with over 30 American corporations believed to have been infected.

How Did The Market Respond?

The market responded accordingly and on the 4th October, the same day the report was published, the Nasdaq 100 experienced a sharp drop in price as highlighted by the blue box below: 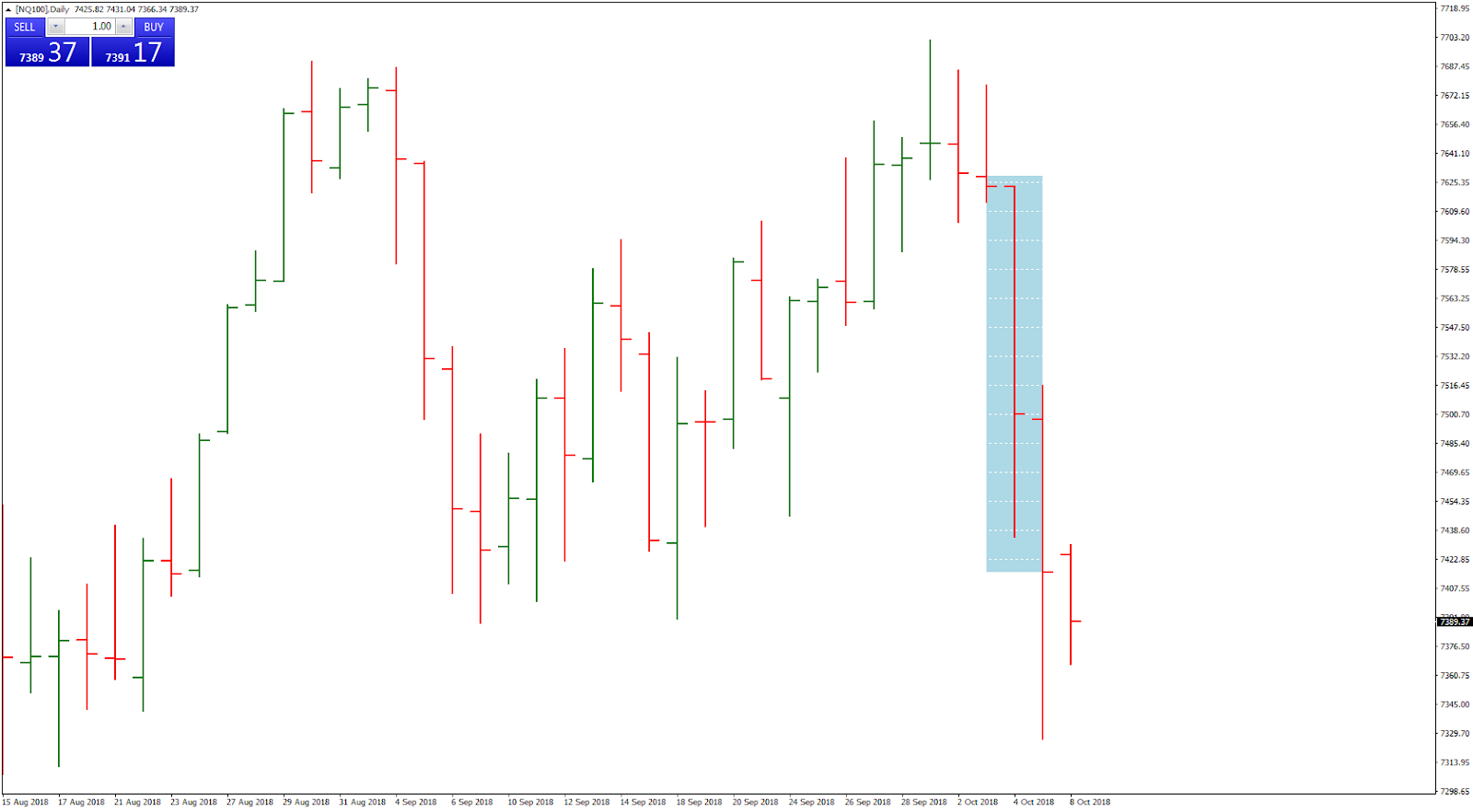 Why did the Nasdaq 100 experience such a big impact to the news report? One of the major reasons is that the Nasdaq 100, or NQ100 on the Admiral Markets platform, is made up of the largest one hundred technology companies listed on the Nasdaq exchange in New York.

The index is produced by taking a weighted average of price of all the companies within it, including:

Trading the Volatility of the US Stock Market

According to a report by American news and information website, Axios, the leaked news of China’s infiltration came direct from the White House. Most importantly, the sources suggest there is more to come as they plan to launch a major, administrative-wide broadside against China.

This makes it an interesting time to trade the volatility of the US stock market. But, is trading stocks and shares different to any other market like foreign exchange or commodities? In some ways there are differences but in many ways there are not.

For example, simple price action patterns have the same effect across all markets. That’s because these patterns are developed using the open, high, low and close of a specific time period of an instrument. Let’s take a look at the daily chart of Amazon to demonstrate: 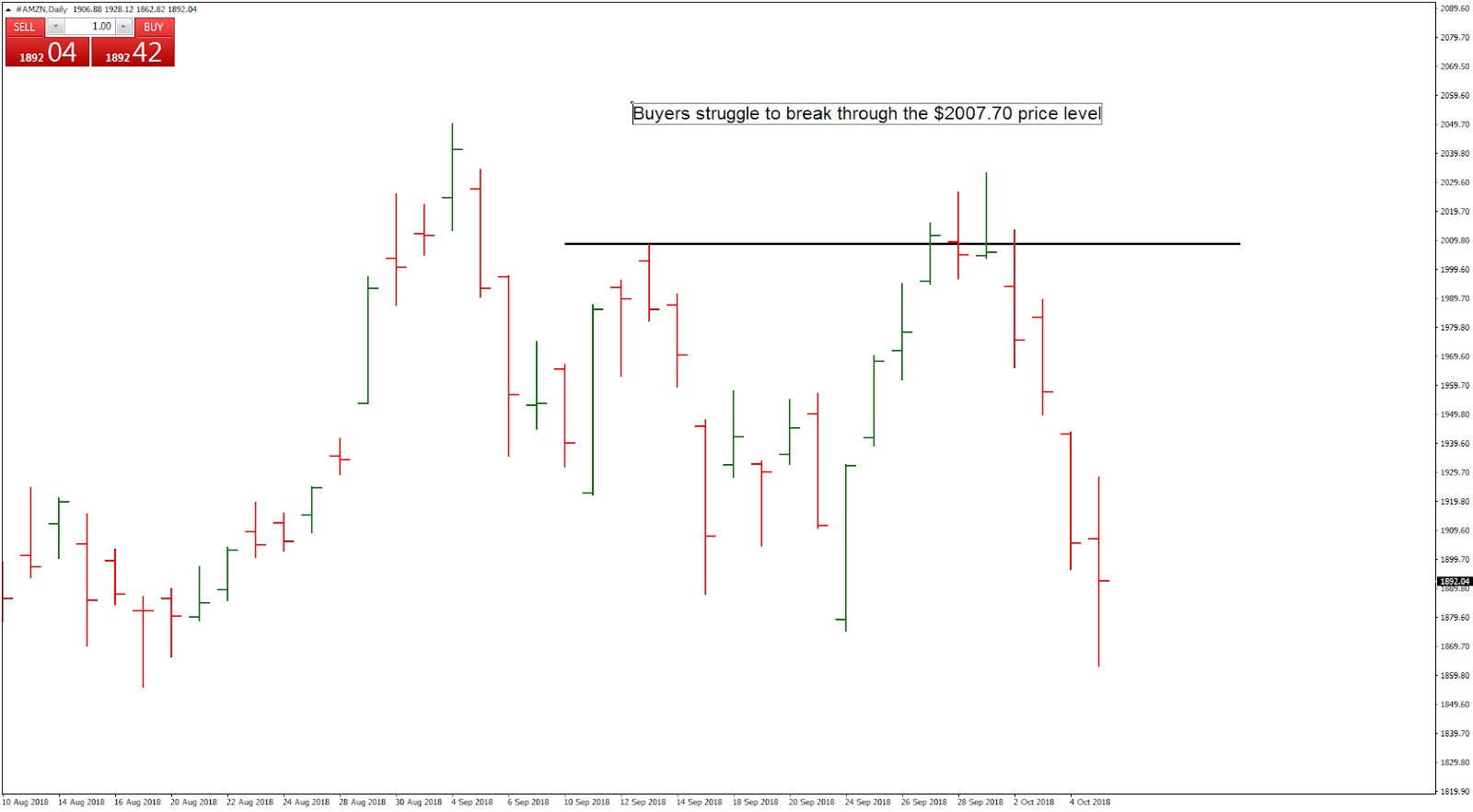 We can see that the price initially struggled to break through the $2007.70 price level at the first touch of the horizontal black line on 13 September. The market came back to the same price level on 27 September and struggled, yet again.

However, it is the price action pattern on the 1 October that will be of most interest to price action traders. This is because it is known as bearish pin-bar reversal pattern in which traders would be looking for price to move lower after such a formation.

Trading this particular type of price action reversal pattern could have resulted in selling, or shorting the stock.