Tensions between Rome and Brussels rise again: Is the Euro prone to a push to and below 1.1300? 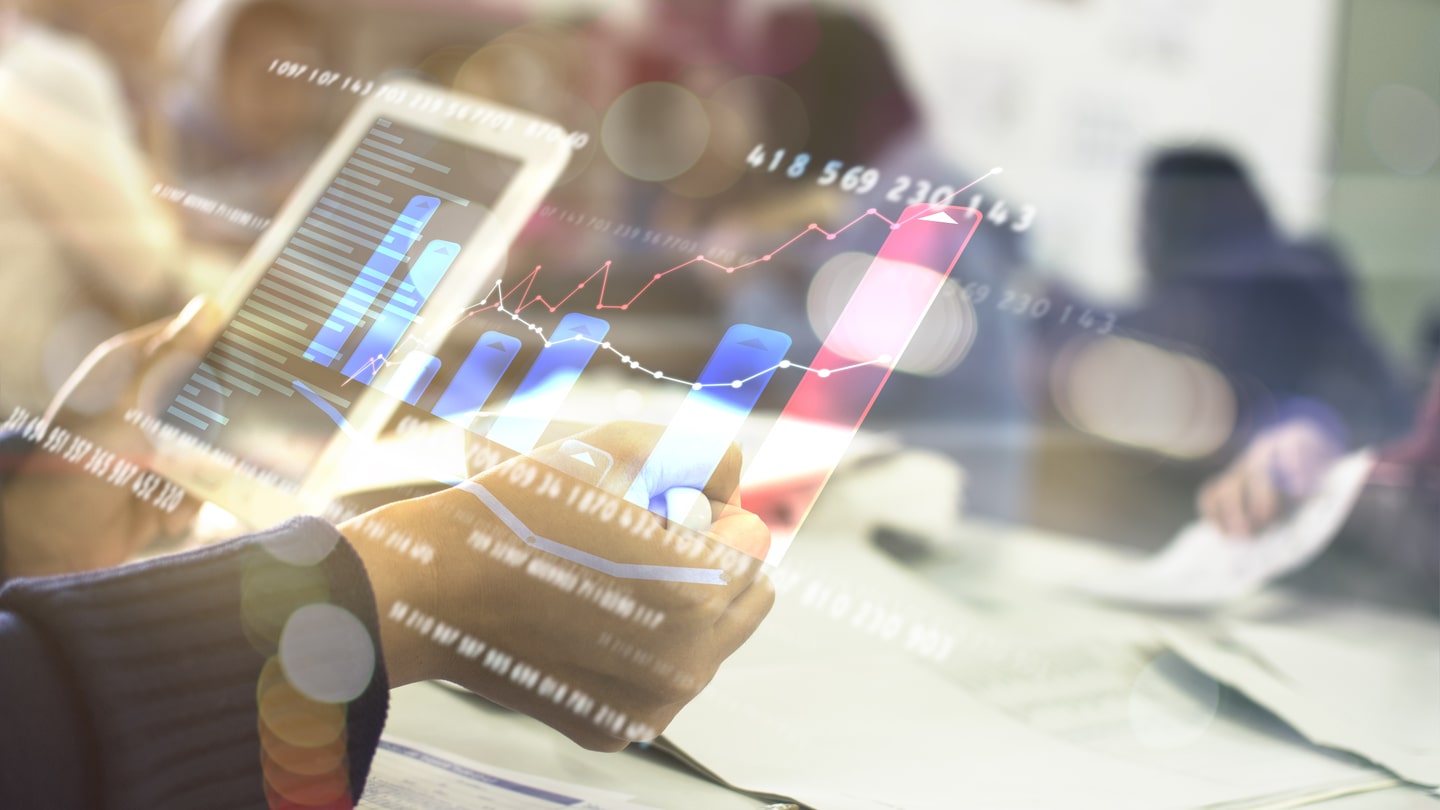 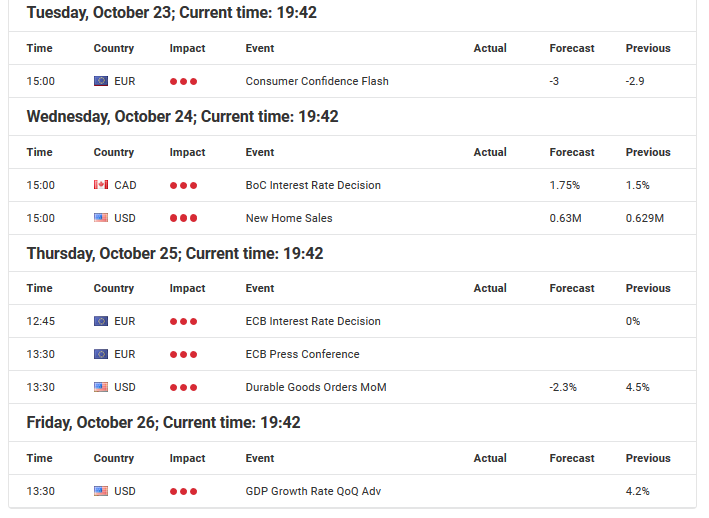 Last week had a promising start for the DAX30 CFD bulls, on Monday and Tuesday the German index took on serious bullish momentum and headed, as predicted in last week’s weekly market outlook, back into the region around and above 11,800 points.

After a corrective move on Wednesday, chances seemed to be good that the DAX would make it back into the region around 12,000 points by the weekly close…

Unfortunately, on Thursday, bad news around Italy hit the wire, showing that tensions between Brussels and Rome around the Italian budget for 2019 are still very high and pushing the DAX deep into red territory, increasing chances of another attack of the current early lows around 11,400 points.

In fact, until the next ECB rate decision and press conference on Thursday, the price action in the DAX can be expected to stay volatile since the EU commission expects a reaction to its concern over the Italian budget until Monday, 22nd of October.

If the populist government in Rome decides to go toe to toe with Brussels, it seems that only the ECB and Mario Draghi are out there to save the DAX bulls.

Such a “rescue” could mean that the ECB will step into the bond markets once again, buying Italian bonds, which might stabilise the potentially bigger swings in Italian yields. The only concern about this rescue is: does the ECB really have this option? They already communicated an end to their bond buying program from January onwards…

With this in mind, the DAX seems to find itself in a potential lose-lose-situation and it seems as if only a recapturing of the region of 12,500 points could save the DAX from a rather sooner than later to be expected push below 11,000 points, even though a short-term push back above 11,900 points could relax the situation in the DAX:

Check out Admiral Markets’ most competitive conditions on the DAX30 CFD and Dow Jones CFDs and start trading on the DAX30 CFD with a low 0.8 point spread offering during the main Xetra trading hours!.

All in all, the USD saw an unspectacular week of trading, mainly due to the stabilisation in US yields over the last days of trading.

The USD Index future pushed higher into the last weekly close thanks to the weakness in the Euro, which has a weight of 58% in the USD basket.

In combination with a rising yield differential between US and European bonds and rising tensions between Rome and Brussels, which are most likely to result in further Euro losses in the days to come, the USD has a good chance of pushing higher, not only against the Euro, but also against the Pound Sterling, which is known to be highly positively correlated to the Euro.

There are only two concerns that could put a spoke into the bulls’ wheel. The first is a massive risk off hitting the global financial markets, resulting in a massive unwinding of carry trades, pushing especially JPY higher, most likely against the current “high-yield-currency” in the G7 FX universe, the USD.

And then there is Donald Trump: we all remember the comments from Trump towards the FED after the sharp drop in US equities where he blamed the FED and rising yields. In this context, it still seems possible that nearly every moment, President Trump could attack the FED, FED chair Powell and/or the ongoing rate hike cycle again, resulting in a sharper drop in the USD on a broad scale.

This is still true, since big market speculators would be caught on the wrong foot and would be most likely to start unloading their biggest net long position since May 2017.

Don’t forget to register for the weekly webinar “Admiral Markets’ Weekly Market Outlook” with Jens Klatt, every Friday at 12pm London time. It’s your opportunity to follow Jens as he explores the weekly market outlook in detail, so don’t miss out!

With the current movements of the DAX, it is clear that the outlook for the European currency is not positive.

As mentioned above, rising tensions between Brussels and Rome around the Italian budget for 2019 increase chances of a push lower in equities, but also in the Euro.

Mario Draghi mentioned last week on Thursday that he sees risks from countries challenging EU rules, saying that countries questioning the European Union’s budget rules could damage growth and financial conditions in a summit on eurozone integration and quite obviously referring to Italy.

With this in mind, the question is: will the populist government in Rome go toe to toe with Brussels and, if so, will the ECB do something about the potential high volatility in Italian bonds yields?

But, as mentioned above: does the ECB really have this option? They already communicated an end to their bond buying program from January onwards and with right-wing and conservative forces gaining more and more momentum on the European landscape, the ECB doesn’t really seem to have an option to act here in favour of the Italian government and opening the door to get through with their “Brussels-rule-breaking” act, since other countries are likely to follow suit.

That said, the Euro is standing in front of very difficult weeks with a high chance where we are about to see a push down to and below the current yearly lows around 1.1300.

This bearish outlook would only be countered if the Euro bulls are capable of pushing the currency pair back above 1.1600/1630, which seems very unlikely given the current sceptical outlook around Italy.

The second most interesting event of FX traders around the globe in the upcoming week can be seen in the rate decision of the Bank of Canada on Wednesday.

In fact, after the successful re-negotiations between Mexico, Canada and the US and their trade agreement, the BoC is expected to hike rate by 25 basis points and can realistically be expected to hike rates another four times in 2019, resulting out of rising consumer prices (even though inflation numbers came in “only” at 2.2% for September YoY on Friday, well below expectations at 2.7%) and facing increased capacity constraints.

Nevertheless, the overall outlook for the Loonie is not necessarily positive, since the crude oil price, which is positively correlated with the CAD, is showing some clear signs of further losses, most likely initiated by an ongoing reduction of speculative net long positions, as can be seen in the Commitment of Traders Report.

This means that, from a technical standpoint for, only a push back below 1.2900/2920 would likely result in further gains for the CAD, activating a target around 1.2750/2800 on the downside in the USD/CAD.

On the other hand: since a rate hike form the BoC is nearly completely priced into the CAD and if WTI prices stay under pressure, a push towards 1.3200 is a level USD/CAD bulls are currently eyeing.

Even though Gold didn’t take on further momentum over the last week of trading, the yellow metal stabilised above its breakout level around 1,215 USD/ounce.

Since the USD saw an overall solid week, but mainly driven by weakness in the Euro while US yields stabilised, it becomes more and more obvious that the current bias in Gold depends highly on the developments in US yields.

That said, let’s recall one paragraph above around the USD: here we pointed out that a massive risk off hitting the global financial markets (Italy?), resulting in a massive unwinding of carry trades and/or another tirade of Donald Trump against the FED, which could push US yields significantly lower and Gold higher.

Since it is difficult to say when such a push lower in US yields will take place, we want to focus on the technical elements of the analysis: as long as Gold trades on a daily chart above 1,180 USD, the overall mode stays bullish. A re-test of the region around 1,215 USD can be considered an attractive region for pro-cyclical long engagements, while first targets on the upside can be found around 1,250 USD (weekly pivot R2) and 1,280 USD (weekly pivot R3).