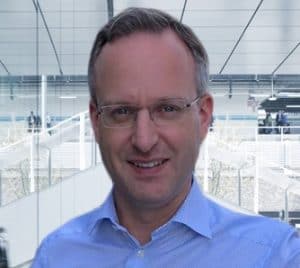 What is OpenFin and how does it benefit the buy side?

One of the best analogies we like to talk about is that we all use highly-specialised applications on our phones and we take it for granted that these apps communicate with each other.  From a calendar application, where you can select an address,  you can go to Google Maps; from there you can order an Uber, and from Uber you can message your friends.

There is this extra piece of magic from the underlying operating system (OS) which enables these applications to talk to each other, really transforming the user’s experience. It is that user experience that we are transitioning to the buy-side.

Bringing this onto the buy-side trader’s desktop, what OpenFin enables is that when a bank’s sales trader is talking to you about a specific order, it highlights this in your EMS, renders your market data screens and could invoke a TCA widget showing you the latest information about your order. The OpenFin OS basically allows buy side traders to build their own desktop environment, selecting the applications necessary for their day-to-day activity and making sure they are interoperable. These can include trading applications, ultra-fast market data grids and visualisation apps, the latest research and charting tools, predictive pricing engines or chat functions.

Many among the buy-side are probably unaware that they are using numerous applications which are already built on the OpenFin OS; we are now on this journey to show traders what can be achieved on their desktop.

OpenFin recently launched the Financial Desktop Connectivity and Collaboration Consortium (FDC3) initiative; what was the genesis behind that?

AT: Following on from my last point, if you have all these specialised applications the problem that we see on the trader’s desktop is not so much the volume, but the fact that the apps don’t talk to each other. Extended from my analogy about mobile phones, Apple have done a very good job with their iOS layer in allowing these applications to communicate with each other.

But you need standards for applications to understand each other and that’s what FDC3 represents: standards to allow different existing financial applications on the desktop to communicate with each other.

When we launched FDC3 recently, Barclay’s called it “FIX for the desktop” and that’s not a bad analogy. FIX was very much server-side orientated and transformed the way the financial markets worked 20 years ago, significantly accelerating the growth of electronic trading by allowing this common messaging standard, that everybody understood. We’re now bringing those standards for application interoperability onto a trader’s desktop on the buy-side, or onto a portfolio manager’s or operation manager’s desktop. There are many types of use cases for these standards.

Today, there are very expensive bespoke integrations that take place between application providers. FDC3 standards will allow for those integrations to be removed and replaced with these common operating standards instead.

How are you ensuring continued participation from the FDC3 members?

AT: We have been really impressed by the breadth of participation; you don’t have to be an OpenFin customer to participate in the initiative. Our initial announcement included over 20 individual firms and another five firms behind the scenes that weren’t prepared to go public. We’ve since had a further five sign up to FDC3, including some additional major asset management firms.

FDC3 has different working groups and sub-streams, many of which are led by banks and vendors, not OpenFin.  The governance model is definitely evolving, participants are taking ownership of the FDC3 standards collectively, which is very important.

It’s a very open and collaborative forum, and what’s been impressive is the common understanding of this as a problem and something that people want to solve, represented by the breadth and depth of participants: asset managers, banks, brokers, major established vendors and also the newest of FinTechs, like RSRCHXchange.

How does the input of newer FinTechs, instead of just having input from financial participants, aid the culture of innovation you are aiming to foster?

AT: It’s been very interesting having that cross-section of participants and we definitely see an acceleration in collaboration and innovation between fintechs and established players.

What we are seeing is an understanding that these kinds of digital workstations, or desktops, are changing and will continue to change. We are making users more productive through the use of artificial intelligence (AI), machine learning (ML) and other technology developments, particularly in corporate processing areas. But more importantly, users are able to operate in this new desktop environment in an agile way. As such, it’s very fitting for the newest of innovators to have some collaboration with more established players.

One of the large OMS providers that is participating in the initiative has been very clear: there are some specialised areas that the buy-side need, but that are simply not core to their OMS business model. They view the FDC3 initiative as a way to tightly integrate and partner with independent innovators, while keeping the staple of the existing applications that remain central to the trader’s desktop.

What does the future road map for FDC3 look like?

AT: We are very focused within capital markets, more broadly applying FDC3 standards across financial services. We see each segment as an ecosystem within itself; a buy-side equity trader is very different to a buy-side fixed income trader, so the types of vendor applications they are interacting with are very different and we need to be able to ensure that full ecosystem is catered for, within the standards.

For example, an equity ticker is completely different to a fixed income symbology, TCA means something very different in FX than it does in equities, and so on. We need to account for those kinds of key differences. There is a lot of work to do, even just within the trading and portfolio spheres – the two areas we have been most focused on for the buy-side – before we move into operations, compliance and risk management, which are also key areas that we see as part of the value change that need FDC3 standards.

How does this fit in with current regulatory interests?

AT: Given the FCA’s high level of focus on asset management in their recent Business Plan, as well as regulatory developments such as MiFID II, it’s incredibly important for the buy-side to be able to  access and leverage new tools and financial applications to assist them in their day-to-day business operations.

It can be highly demanding to use several applications or browsers, logging into different systems, some provided by brokers or venues and some in-house applications. In a world where all of those products are built and sitting on the OpenFin OS, they can benefit from a central notification system that will bring positive alerting to them. There is an opportunity to proactively invoke AI or ML on the desktop to essentially monitor what the trader is looking at and doing, perhaps making suggestions to them for next steps or things they might need to look at.  This could be a compliance control or a positive suggestion to capture alpha.

One of the simplest examples is that TCA has, for many years, been more of a post-trade focus; under best execution it’s clear that more attention needs to be paid to the pre-trade side. The ability to touch an order in your OMS and for it to automatically render and populate a highly specialised TCA widget from a provider is quite powerful. It’s very simple, but powerful and saves the user from having to transition between those applications manually.  The possibilities for transforming the desktop are endless.